Both Didier François as Olov Johansson will be teaching during both days. 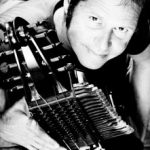 Didier François, a sound artist, a musician and musical designer, and player of the Viola d’amore a chiavi. This instrument is his object and the product, virtually, of his creativity and expression. It was used in baroque music; but was later forgotten. It remained in use in the traditional music of the Nordic countries called Nyckelharpa and, to our delight, was discovered by the curious Didier François, modest Belgian artist, tenacious craftsman, with a lively and profound inspiration. Evidenced by his albums, he reinvents the viola d’amore chiavi in reviving the thread between history and geography, and emotions, and invites us to vibrate for a wonderful revolution with his arrangements of masterpieces by Bach, Ysaïe, Satie, Ottoman classical music, traditional folk and anonymous scholars, typical jazz by Antonio Carlos Jobim and Charlie Mariano, and his own compositions.

Didier François’ path began with the great Stephane Grappelli. Today beside his personal projects, he is member of the ensemble Zefiro Torna and ensemble Kapsberger (directed by Rolf Lislevand) specialised in this interpretation with lots of improvisation. Along the way he met performing artists: choreographer Anne-Marie Porras and the Brussels ensemble known for its bilingual interpretations of classics by Shakespeare, Marivaux, Corneille; film musicians, storytellers and Howard Shore - The Lord of the rings, Armand Amar - César award-winner for Le concert, Costa-Gavras - Amen and Le Couperet, Yann Arthus-Bertrand - Earth seen from the sky; he has accompanied the voices of other artists such as Ulrika Boden, Swedish revelation, Gabriel Yacoub, Gilles Chabenat, Levon Minassian, duduk player for Peter Gabriel; and, finally, the Italian quartet Elias Nardis alongside an oud and Arabic percussion player, he revisits freely pieces inspired by Ottoman classicals.

Many regard Olov Johansson as Sweden's greatest craftsman on the nyckelharpa. With his brilliant solo playing and as a member of the group Väsen, he has been largely responsible for bringing the Nyckelharpa out into the international world of music.

Olov grew up in Tärnsjö in northern Uppland in Sweden and began to play the nyckelharpa at age 14. He studied with Curt Tallroth and Eric Sahlström, prominent nyckelharpa players from the same province.

Since 1989, Olov has worked exclusively as a musician and composer, principally with Väsen and Scottish harpist Catriona McKay. He has also collaborated with: the Kronos Quartet, Snarky Puppy, Mike Marshall & Darol Anger, Dervish and many more.

Olov works actively to pass on his musical inheritage, and has become a role model for many young nyckelharpa players. He gives instruction at  the Royal College of Music in Stockholm.

Olov has received many awards and scholarships for his achievements as a musician. For example in 1990 he was chosen as World's Master of both the modern and older type of nyckelharpa. In  2013 he was rewarded with the Zorn medal in gold.