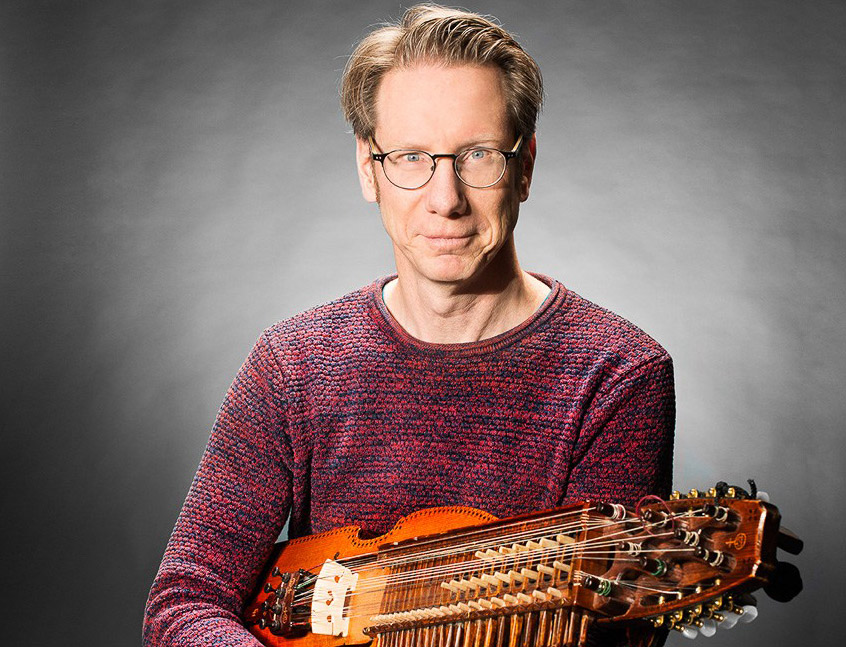 Many regard Olov Johansson as Sweden’s greatest craftsman on the nyckelharpa. With his brilliant solo playing and as a member of the group Väsen, he has been largely responsible for bringing the Nyckelharpa out into the international world of music.

Olov grew up in Tärnsjö in northern Uppland in Sweden and began to play the nyckelharpa at age 14. He studied with Curt Tallroth and Eric Sahlström, prominent nyckelharpa players from the same province.

Since 1989, Olov has worked exclusively as a musician and composer, principally with Väsen and Scottish harpist Catriona McKay. He has also collaborated with: the Kronos Quartet, Snarky Puppy, Mike Marshall & Darol Anger, Dervish and many more.

Olov works actively to pass on his musical inheritage, and has become a role model for many young nyckelharpa players. He gives instruction at  the Royal College of Music in Stockholm.

Olov has received many awards and scholarships for his achievements as a musician. For example in 1990 he was chosen as World’s Master of both the modern and older type of nyckelharpa. In  2013 he was rewarded with the Zorn medal in gold.